New York is home to many famous films locations.  Here are a few that we’ll be visiting.

Grand Central Station, site of the flash mob scene at the end of the Justin Timberlake film Friends With Benefits.

Times Square The list of movies shot in the neon-lit heart of New York City is endless. Captain America, Big,  A Chorus Line, Vanilla Sky, Birdman… where to stop?

Central Park  Featured in dozens of films including Wall Street, Home Alone 2 and Mr. Popper’s Penguins, the restaurant is probably best known as the spot where poor Louis Tully bangs fruitlessly on the windows trying to escape a demon dog in Ghostbusters.

The Statue Of Liberty is one busy leading lady. Her film credits include X-Men, Titanic, Splash and the shocking final scene in the original Planet of the Apes.

The American Museum of Naural History on the Upper West Side saw a surge in visits with the release of Night at the Museum. Who knows what will spring to life when we visit? 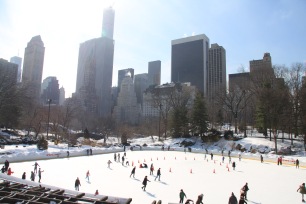 View all posts by priestlandsdrama